SERVPRO of The East End and Hamptons Event Photos 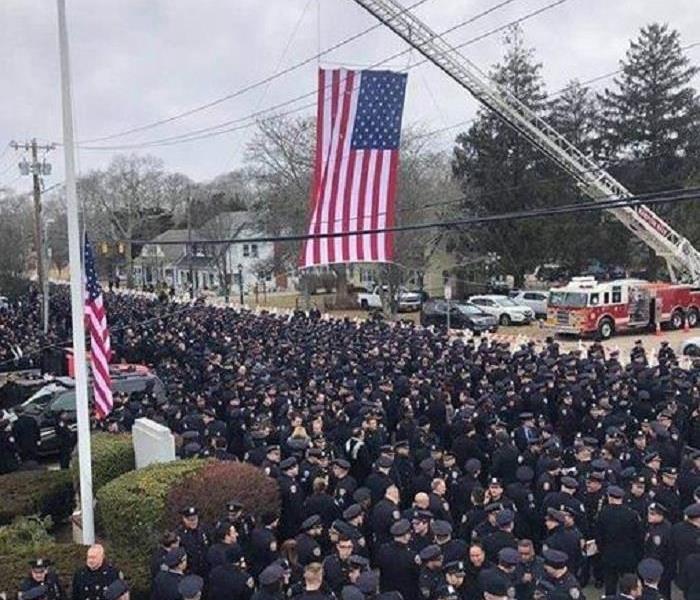 February 20, 2019 - Over 6,000 police officers in dress uniform descended in droves at a Hampton Bays church on this bitter, cold February day to say goodbye to one of their own, a veteran New York City detective killed in the line of duty while responding to an armed robbery in Queens.

Simonsen, 42, a nineteen-year veteran of the New York City Police Department, was a life-long resident of the East End of Long Island, having grown up in Riverhead, and more recently settling in Calverton with his wife, Leanne.

Services were held at the Church of St. Rosalie in Hampton Bays. The procession then led to a cemetery in Jamesport, NY. We mourn the loss of Detective Simonsen along with our community.